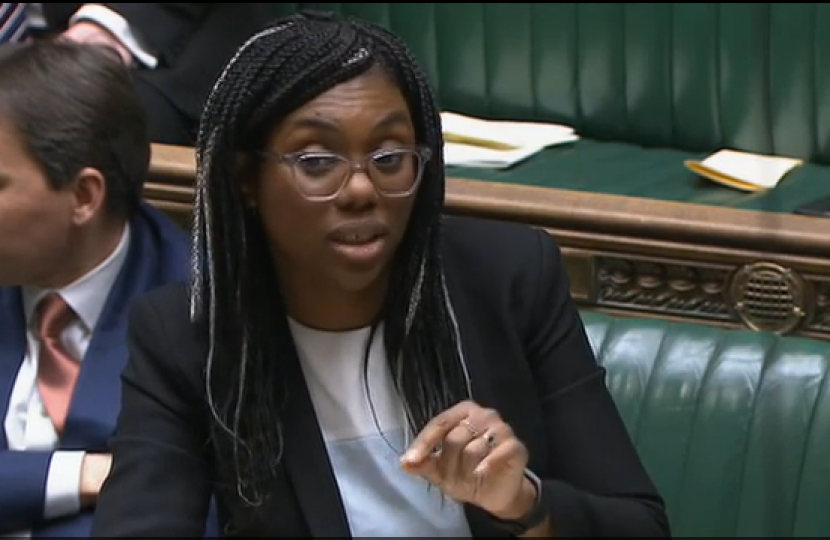 So many residents have been crying out for changes in the way planning works and this bill is the first legislative opportunity in the 5 years I have been your MP to deliver.

I have read thousands of letters and listened to many constituents talk about the need to deliver infrastructure alongside the homes we need, not after.

This bill is truly radical. At its centre is the principle that neighbourhoods should be well-governed, and if they are, they get a much bigger say in how money is spent. It means that up to a quarter of the money raised locally through the Infrastructure Levy could be spent by local people through a Neighbourhood Plan.

On average, experts predict a town or Parish Council will receive around £175,000 every year to spend on local amenities.

We know that developers benefit disproportionately from the land they develop, with too little invested in improving our local area. For those reading this, thinking ‘what about s106s?’, we’re going further than that. The new system will capture more of the financial value created by development with a locally set, non-negotiable levy that will deliver the infrastructure that communities need:  housing, schools and surgeries.

The bill introduces a new, better approach to environmental assessment in our planning system, protecting the countryside and our natural environment.

It will also help make local plans intelligible. Making them simpler and standardising the process so that they are produced more quickly, and easier for communities to influence. Hopefully preventing the situation, we have seen in Uttlesford where the lack of an approved local plan has been disastrous. It has allowed unsuitable speculative development all over the place and encouraged local councillors to pursue pointless legal action costing us millions.

As a government minister I’m limited in what I’m allowed to say in parliament and can’t highlight the many actions I am taking to protect and defend the villages and towns across the constituency in Chelmsford and Uttlesford that I represent.  However, this time my department will be delivering this bill and I have a keen interest in making sure it succeeds – it is the only way we can seriously get the improvements so many of you have been asking for all these years.

Last June local MP Kemi Badenoch welcomed 177 new officers in Essex as part of the Government’s 20,000 uplift. This month the total stands at 345 additional recruits in Essex since 2019, bringing the total number of officers up to 3,661.