The Saffron Walden Community Cinema receives over £90,000 as part of the Government’s first awards from the Cultural Recovery Fund 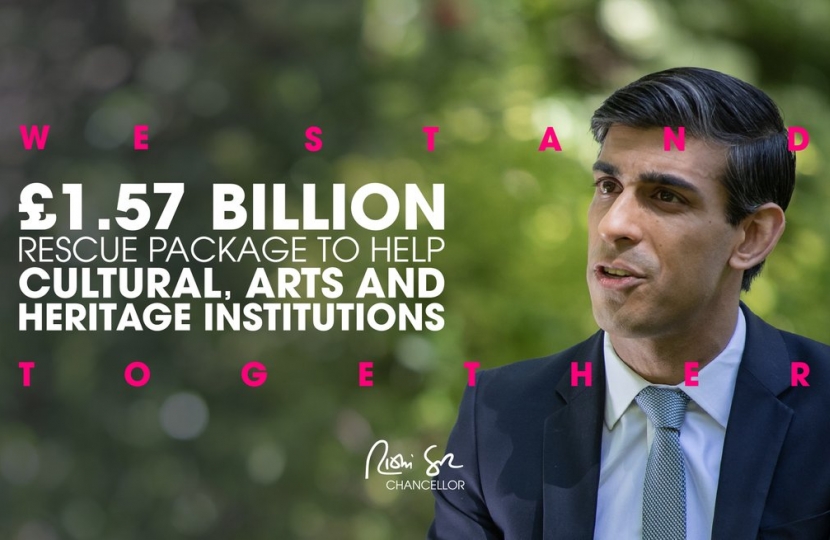 Saffron Screen, one of Saffron Walden Community Cinema’s two venues, has been boosted by the Government’s £1.57 billion Culture Recovery Fund, in the first awards made by the British Film Institute (BFI) to support England’s screen sector.

Treasury Minister and Local MP Kemi Badenoch has continuously expressed her support for the cultural and creative industry and following the Treasury’s extensive work on a package for the sector, Mrs Badenoch is pleased to share that Saffron Walden Community Cinema has received £78,350 to help the venue restart its screenings including pop-ups in local villages providing the only opportunity in the area to a range of films, from major mainstream releases to archive films, as well as streaming performances like Matthew Bourne’s The Red Shoes.

Saffron Walden Community Cinema was also successful in its application for £13,842 for a one-off safety grant to help make its two venues the Saffron Screen cinema and Royston Picture Palace - safe for staff and audiences.

35 other venues across England will receive grants totalling more than £650,000 in the first awards to be allocated from the £30 million fund.

Mrs Badenoch commented: “I am so pleased that Saffron Walden Community Cinema has been allocated over £90,000 as part of the Government’s Culture Recovery Fund.

“As the local MP I have worked extensively to represent local businesses across the constituency, however big or small, to make the case for the support they require to help weather the storm of the pandemic.

“I received many letters in my role as Exchequer Secretary to the Treasury and the team worked hard on a package that would sufficiently support the cultural and creative industry, so I am pleased to see a local independent cinema in our constituency receive this much needed funding.

“The Government is committed to protecting independent cinemas, that provide local jobs and great entertainment. I hope residents will do their bit and visit Saffron Screen to ensure its sustainable future.”

Local MP, Kemi Badenoch has welcomed the Government’s new winter package which include a £170million Covid Winter Grant Scheme to support children, families and the most vulnerable over winter, which will be run by local councils.