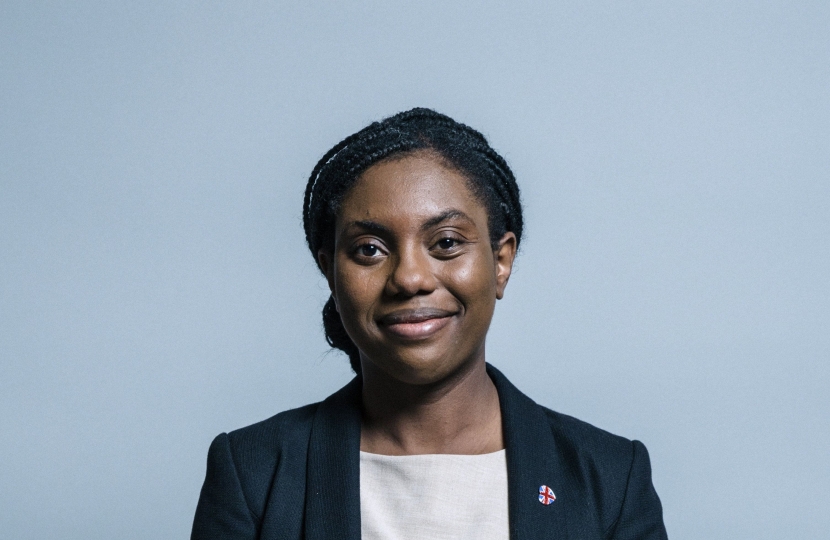 Despite the absurd and unpleasant insinuations made by opposition members and headlines on various news outlets, Conservative MPs did not vote to take free school meals from children and it is disgraceful that some have chosen to politicise such an important matter in this way.

In order to put the vote itself into context, the government had put in place plans to support vulnerable families and children.  However, we did not want to use the free school meal voucher system as a way of doing this.  An Opposition Day Debate was tabled solely on the extension of the free school meals voucher system outside of school term times.  Without letting people know that there were other government plans in place, this debate then confuses people into thinking, the government is doing nothing.  This is far from the truth.

The opposition regularly table motions in order to engage in political point scoring and to attract headlines, in this case it is shameful that this has been done at the expense of some families who are facing a very difficult time and also when they know the government is working at capacity tackling COVID19.

At the start of the pandemic, extraordinary measures were put in place to help vulnerable children, including extending free school meals when schools were partially closed.  We are the first government in history to do this.

While there has been considerable coverage of what Parliament did not agree, there has been less attention to what it did agree and what I supported. Following the debate in question, I backed the government’s existing emergency package of support measures for families which is worth billions on top of Free School Meals. Parliament also endorsed ongoing activities to help the most vulnerable children in society.

Even now as schools and school kitchens are operating as normal, the Government continues to find ways, alongside free school meals, to ensure children do not go hungry. The need has changed during the pandemic, so too has the support. At the start of the pandemic, key benefits were boosted by over £1,000 per year for 12 months, part of a £9.3bn increase to the welfare safety net.

In June, the Government provided councils with an additional £63 million of funding as part of a welfare assistance fund to help families in need, including supplying food if that is appropriate. Essex County Council received over £1.4 million of this to distribute locally and extended its Holiday Hunger Programme to support children and families during the October half term, including those eligible for free school meals.

Essex County Council also launched a Half-Term Emergency Fund, a scheme for foodbanks and other organisations. Foodbanks were able to apply for up to £2,500 to help ensure they had enough supplies to cover the half term holiday. Councils know their communities best, and central government has provided them with this funding in order for them to support families most in need.

Most recently a further £170m has been provided for councils via the COVID Winter Grant Scheme. The Scheme provides further funding to councils in England, with at least 80 per cent earmarked to support with food and bills, and will cover the period to the end of March 2021. Local Authorities will receive the funding at the beginning of December 2020. Ministers had been working at pace on these proposals for several weeks to give vulnerable families certainty.  It is a shame that this was overshadowed by unpleasant negative campaigning and misinformation about free school meal vouchers.

In addition, the Holiday Activities and Food programme, which has provided healthy food and enriching activities to disadvantaged children since 2018, will be expanded across England next year. It will cover Easter, summer and Christmas in 2021, and cost up to £220m. I know Essex County Council have already announced some of their plans for a local programme and I strongly believe that councils are the ones who are best placed to ensure that struggling families are supported through these tough times.

As the pandemic evolves, the Government remains open to additional support measures based on the need at the time. I know that many families are going through tough times at the moment, and this is reflected in the increasing numbers of children being registered for free school meals. I know ministerial colleagues are monitoring this situation closely.

I am reassured that substantial support, such as increased universal credit among other measures, has already been put in place to help families through this crisis and to ensure children and their families do not go hungry.

There have been a number of misrepresentations from critics in relation to this matter and I have received a number of emails from residents asking many different questions in relation to the House of Commons Canteen, the national food strategy etc, I have therefore set out below a short Q and A which I hope is helpful.

Why did the Government fund Free School Meals over the Summer but not over the half term?

Food insecurity is something the Government are working hard to tackle and are continuing to provide targeted support to those families who really need it, both during term time and in the holidays, which is what we feel is the best approach. Free School Meals are intended to support children while they are learning and 99 per cent of schools are now back open.

However, I very much welcome that in recognition of the unprecedented situation families faced over summer, a Covid Summer Food Fund was launched. Through the Covid Summer Food Fund, schools were able to support eligible pupils with a £90 voucher to cover the 6-week holiday period. Now that schools and their kitchens are open again, normal free school meal provision has resumed, enabling children to have a nutritious healthy meal at school.

During the holidays, families must have a robust safety net, which can help them cope with the extra pressures. As touched on earlier in my letter at the start of the pandemic, key benefits were boosted by over £1,000 per year for 12 months, part of a £9.3bn increase to the welfare safety net.

Why are local businesses and teachers funding free school meals?

It is heartening to see businesses and some teachers offering to help families; however, it must be stressed that this is in addition to government support and not instead of it.

I strongly believe that councils are the ones who are best placed to ensure that struggling families are supported through these tough times and that is why Essex County Council are extending their Holiday Hunger Programme.

Will the Government be implementing the three policy proposals put forward by the Marcus Rashford Taskforce?

The three policy proposals put forward by Mr Rashford's taskforce were already suggested in Part 1 of the National Food Strategy devised by Henry Dimbleby on request from the government.  This is where Marcus Rashford’s proposals came from.  I am pleased to see that two of these policies - a significant extension to the Holiday Activities & Food Programme and an increase in the value of Healthy Start payments - are being implemented.  However, I am disappointed that people believe that these ideas have all come from Mr Rashford, and not realised how much effort the government has been putting into these issues.

Will the Government be implementing recommendations from the National Food Strategy?

I very much welcome the publication of the first part of the National Food Strategy, which will kick start a full review of our food system. I have read with interest the recommendations made in the report, in particular those concerning nutrition for disadvantaged families and children and I am pleased that key recommendations made in the Strategy are being implemented.

The Holiday Activities and Food programme, which has provided healthy food and enriching activities to disadvantaged children since 2018, will be expanded across England next year. It will cover Easter, Summer and Christmas in 2021, and cost up to £220m as part of the Governments winter support package. It will be available to children in every local authority in England, building on previous programmes – including this summer’s, which supported around 50,000 children across 17 local authorities.

Why are we giving MPs a pay rise and why are taxpayers subsidising food in parliament?

Taxpayers do not subsidise food in parliament.  Like any workplace canteen, the food and services are provided at cost and not to make a profit and that is why the food is cheaper.  The service is comparable to other public sector organisations and the parliamentary estate serves up to 20,000 people.  Only 650 of whom are MPs.  It is wrong to assume that MPs food is being subsidised on this basis.

MPs have no say over their own salaries. I would like to stress that they are set calculated by IPSA, which is independent of Government and MPs. IPSA is responsible for overseeing Members’ pay, pensions and expenses, and has put forward proposals for the periodic adjustments to MPs’ salaries. Details of the consultation can be found at https://www.ipsaonline.org.uk/notices/mps-pay-consultation  Please feel free to participate with your views on what MPs should be paid.  Following the outcome of the consultation, IPSA will set salaries for the following year. The level is yet to be determined.

I appreciate that this is lengthy response, however, I thought it was important to address as many as the issues that have been raised with me and as part of the debate on this matter.

I hope that this is informative.

A special unit designed to help tackle serious violence and prevent young people in Essex being drawn into it will receive £1.16 million.