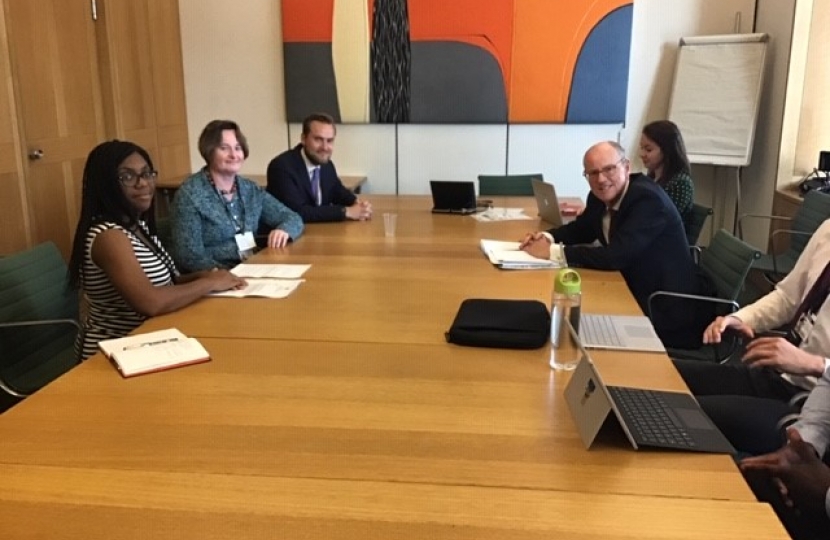 Mrs Badenoch, the Member of Parliament for the Saffron Walden constituency, said: “In July, I was appointed an education minister, giving me the opportunity to help solve the some of the issues on education which I have picked up around the constituency.

“The issue of school funding, and special educational needs in particular, has been raised with me repeatedly since my election. I have received many letters from parents and representations from headteachers during my regular school visits.

“I have lobbied Government endlessly, including organising meetings between ministers and headteachers from our constituency. Now, as Minister for Children and Families at the Department for Education, I was able to make the case to the Prime Minister and the Education Secretary that increasing school funding should be a key priority.

“Since 2010 this government has been spending more on education but costs have been rising even faster. We have not been able to significantly increase spending until now because we have been dealing with the mismanagement of the economy by previous governments.

“I am delighted that now the economy is in a much better place and that the Prime Minister accepted our spending recommendations and has provided an extra £14billion for schools. This includes £700 million specifically for SEND and high needs pupils, an issue raised with me by parents during constituency surgeries, and increased pay for teachers.

“The billions in additional investment will benefit every school in Uttlesford and Chelmsford, as well as across the country. I couldn’t be prouder to have been part of the team that made this possible.”