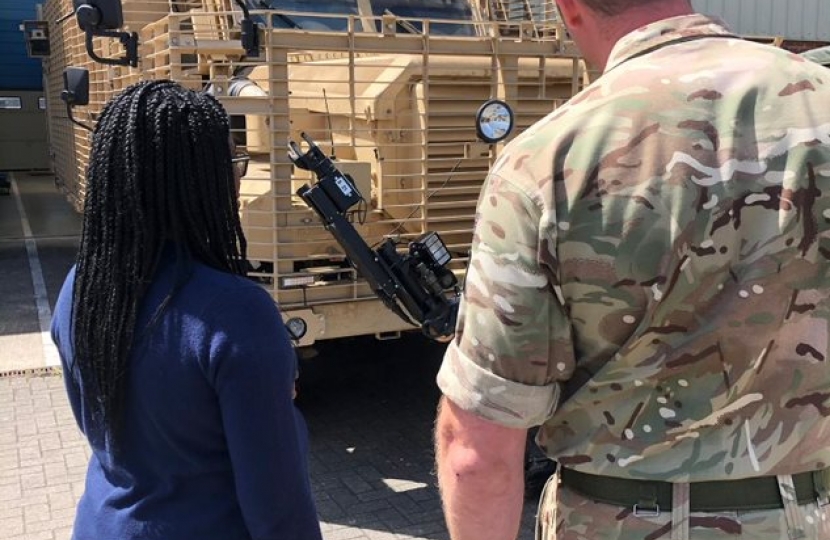 Kemi welcomes the news that the Government’s first office dedicated to looking after Britain’s veterans is now up and running.

Kemi has written numerous times about the importance of making sure we continue to support our veterans. This is especially important for places such as Carver Barracks which boasts a long history of dedicated armed personnel that serve our country with distinction.

It is the first time the UK Government has directly funded an office to pull together all functions of its work, to ensure veterans are looked after, driving government policy on veterans’ welfare, mental and physical health, education and employment.

Having met with current and former soldiers, Kemi believes it is vital we continue to support them when they leave service to ensure that they have the smoothest possible transition into civilian life.