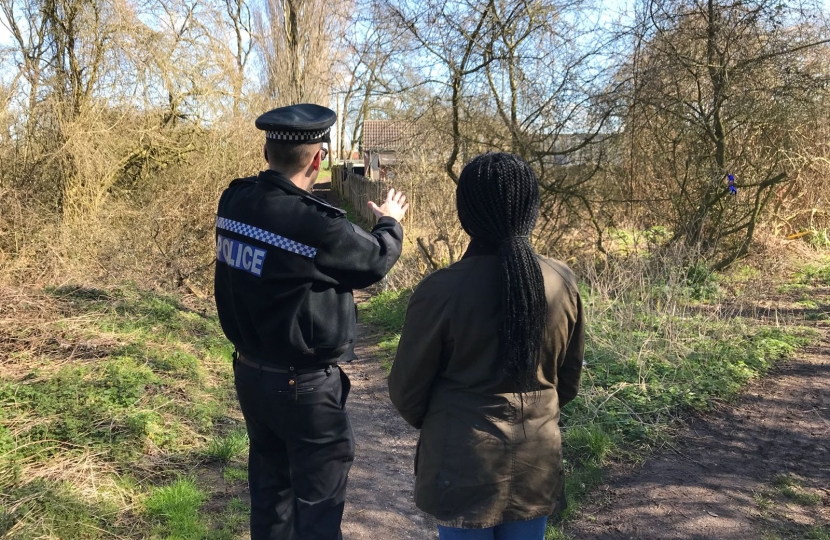 Kemi Badenoch MP has welcomed news that Essex Police will receive an extra £23.1 million – an increase of 7.7% from last year. The funding will enable investment in local priorities for our constituency such as tackling rural crime, hare coursing, patrolling our town centres and keeping our communities safe.

The Conservative Government have announced an increase of up to £1.1 billion nationally, the biggest amount in a decade. This comes on top of the Governments’ plan to recruit an extra 20,000 police officers. Essex Police is already set to receive an additional 135 officers this year, with the Uttlesford District benefitting from 21 extra officers and the Chelmsford District benefitting from 30 extra officers.

“I am very pleased that police funding in Essex could increase by up to £23.1 million next year. Essex will have seen an overall increase of 368 extra officers from 2018 as of this March, which has included the introduction of the Saffron Walden Town Centre Team and the Chelmsford Town Centre Team.

“Since first being elected in 2017 I have lobbied hard for more investment in policing and I will continue to work with Essex MPs, our local police and the Commissioner to make sure we build on this positive news and make the most of the extra officers and funding for our force.”