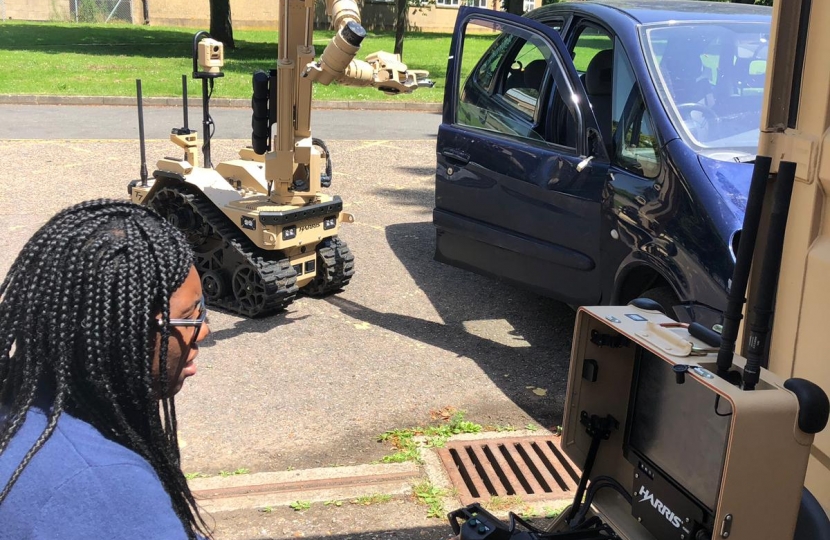 Kemi Badenoch, the Member of Parliament for Saffron Walden, was given a tour of Carver Barracks last week by the Commanding Officer, the Regimental Sergeant Major and one of the Captains, as well as other officers.

Commenting on her visit Mrs Badenoch said: “It was a very well-organised day – as you would expect from the army! It was a privilege to meet soldiers who put their lives on the line and sacrifice so much in the service of our country.

“I met the bomb disposal units and I tried to use one of their robots to diffuse an incendiary. Despite being an engineer myself, I found this quite difficult. It highlights the extraordinary skill and bravery of these young soldiers.

“Carver Barracks embodies everything that makes our armed forces admired the world over.

“The Government’s working on doing more to support our past and present soldiers, and recently published the veterans strategy. It creates a vision of how to enable current and future veterans, and their families, to look forward to the next 100 years and be confident of the nation’s ongoing support and gratitude.”

I am delighted to have been re-selected as the Conservative Party Candidate for Saffron Walden in the upcoming General Election. It has been an honour to represent our constituency for the past 2 years.