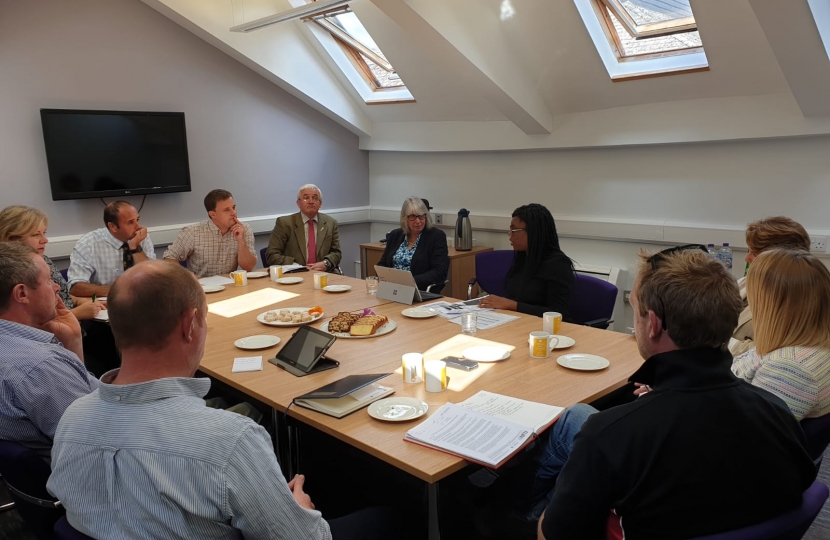 Kemi Badenoch, the Member of Parliament for the Saffron Walden constituency, met recently with local NFU farmers where issues such as hare coursing and flytipping were discussed.

Following the meeting, Mrs Badenoch said: “Incidents of rural crime cause significant concern to local farmers who have to pay the price for the damage to their land, homes and livelihoods and to our countryside.

“Farming is a vital industry, which helps not only our local economy to thrive, but our national one as well.

“I am working closely with Roger Hirst, the Police, Fire and Crime Commissioner, to see what further action can be taken to reduce incidents of hare coursing particularly in the summer months and to raise the issue of why rural crime matters.

“I support the work the Conservative Government is already doing, such as increasing police numbers by 20,000 over three years which will help to tackle rural crime and keep our communities safe.”