Kemi Badenoch calls for an end to hare coursing 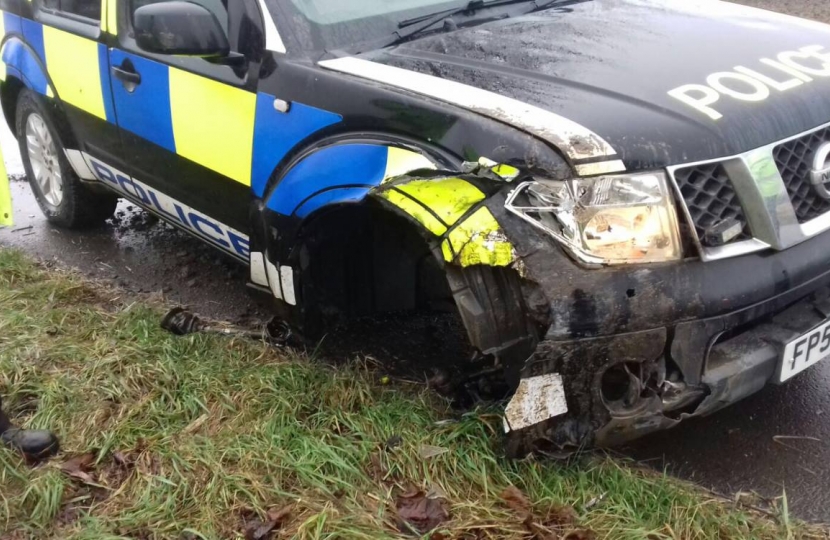 I cannot over-emphasise the stress and harm being caused to my constituents by hare-coursing. This is not just an issue of police numbers - hare coursers are often caught by the authorities. However, this picture is an example of the kinds of things they do when they are confronted by police.

There is a more worrying issue of criminals today being more violent than anything we’ve seen before and more brazen about their activity even when they are caught, to the extent of ramming police cars. It is not a surprise that ordinary citizens are afraid to confront them if this is how they react when they meet police officers. They clearly do not care about being caught or serving time in prison and it is clear that normal sentencing is not acting as a deterrent.

This Tuesday, I attended an event in Parliament to raise awareness about hare-coursing and what more we can do to tackle it. The perpetrators of this crime often cause thousands of pounds of damage to land and crops, and create a culture of fear through threats and intimidation when caught in the act.

This is an area I continue to look at, and have had positive discussions with the Country Land and Business Association, the NFU and the police to see what more can be done to tackle this blight on our countryside.

What is clear is legislation and guidance is needed to stop making hare-coursing so profitable. We need to go after the money and stop making this crime pay.