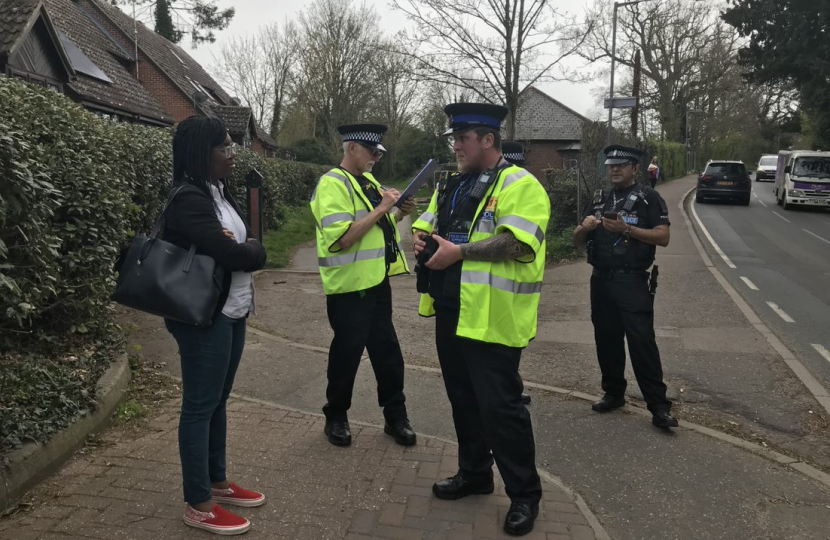 Saffron Walden constituency MP Kemi Badenoch has welcomed the announcement that 332 police officers have been recruited in Essex since September 2019, bringing the total number of officers up to 3,648.

The latest figures are part of the Government’s drive to get 20,000 more police officers on the street by March 2023 and puts the Government on track to fulfil its manifesto commitment with 68 per cent of the target now met.

The 13,576 extra officers will support the Government’s crackdown on crime, which has seen the launch of the Beating Crime Plan and the passing of the Police, Crime, Sentencing and Courts Bill through the House of Commons.

“From working with our local police force, I know just how valuable more police officers will be in helping crack down on rural crime and increasing the police presence in our local communities. I did a ride-along with local officers recently to see first-hand what our officers respond to on a daily basis.

“The 332 additional officers mean there are now 3,648 police officers in Essex, benefitting Chelmsford and Uttlesford. They are supporting our rural crime teams tackle hare coursing, fly tipping, anti-social behaviour in our towns and keeping neighbourhoods safe.”

Last June local MP Kemi Badenoch welcomed 177 new officers in Essex as part of the Government’s 20,000 uplift. This month the total stands at 345 additional recruits in Essex since 2019, bringing the total number of officers up to 3,661.